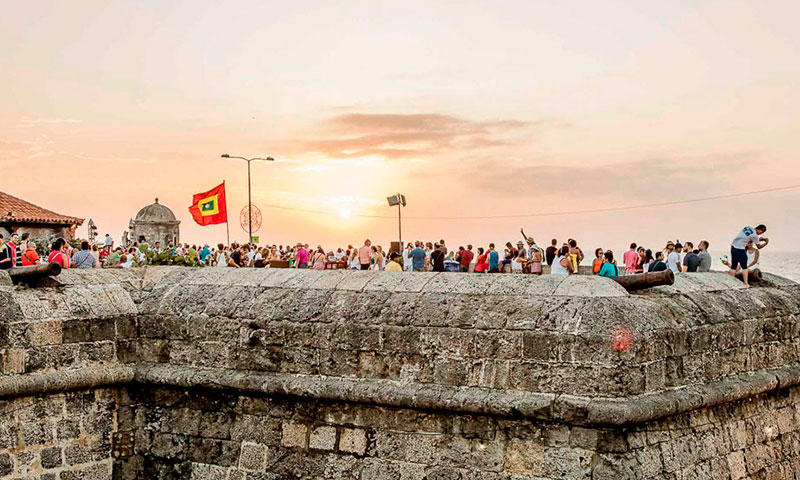 Things to do in Cartagena

The city of Cartagena, is the undisputed queen of the Caribbean coast, a historic city of superbly preserved beauty and an impressive 13km of centuries-old colonial stone walls.

The city is a major port founded in 1533, located on the northern coast of Colombia, in the Caribbean Coast region.

The Downtown area of Cartagena has varied architecture, mainly a colonial style, but republican and Italian style buildings are also present, such as the Cathedral’s bell tower.

The port, the fortresses and the group of monuments of Cartagena were selected in 1984 by the United Nations Educational Scientific and Cultural Organization (UNESCO) as significant to the heritage of the world, having the most extensive fortifications in South America.

Top places to visit in Cartagena

Cartagena’s old city is its principal attraction, particularly the inner walled town, located in the heart of the city. This is the oldest part of Cartagena: a ‘walled city’ protected by the fortress intended to shelter the city from pirates and storms.

Within this small sector, consisting of the historical districts of El Centro and San Diego, you will find an incredible array of bars, restaurants, and the finest examples of preserved colonial architecture in the Americas. 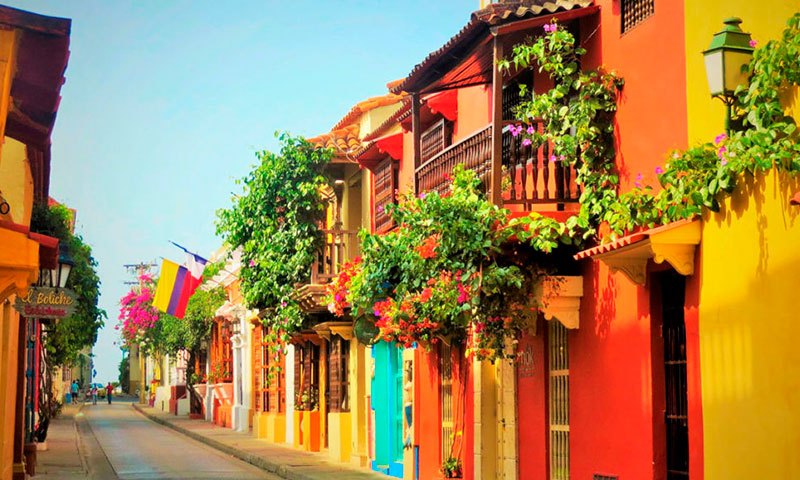 The Palace of the Inquisition is perhaps one of the finest buildings in the city, but in the past it was home to the ruthless Inquisition, whose task was to eradicate heresy in colonial Cartagena. The building is a good example of late-colonial architecture, now a museum, displaying the inquisitors’ instruments of torture, some of which are plainly horrific. The museum also houses pre-Columbian pottery and various elements depicting the history of the city. 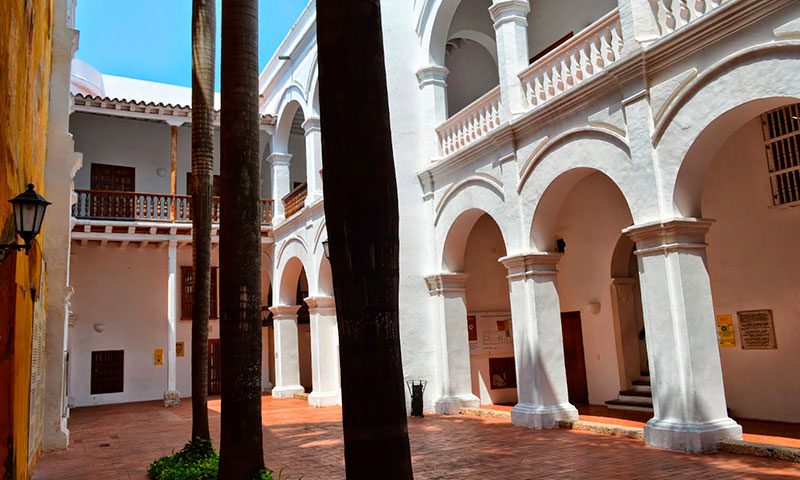 Plaza Bolivar, with its shady square and rows of benches, is a perfect place to while away a few hours, enjoying the sights and sounds of the Old Town. The most stirring of these sights is provided by local dancers, who regularly perform for tips in the square, usually dancing to traditional Colombian coastal music, played by live bands. 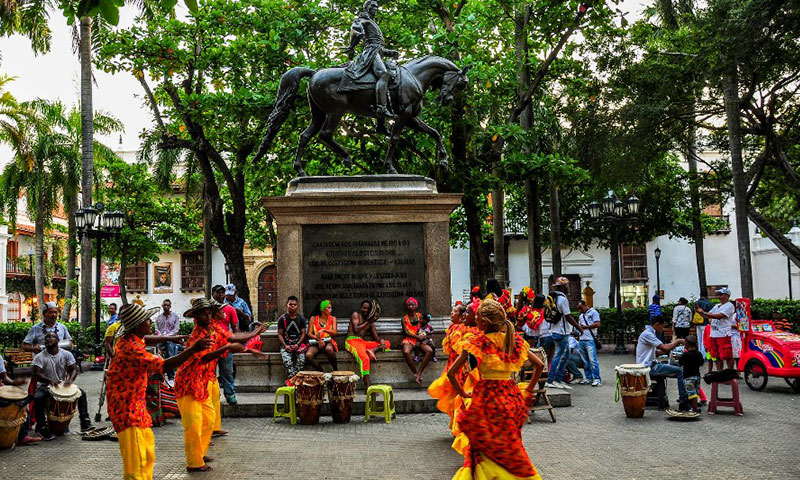 Cartagena’s fascinating Zenú Gold Museum – located just alongside the lovely Plaza Bolivar – is not only free to visit, but it’s also exciting and a perfect way to get a window into the ancient cultures that once called this region of Colombia home. If you are interested in Colombian history, then the Zenú Gold Museum is one of the best activities to enjoy in the Old City. 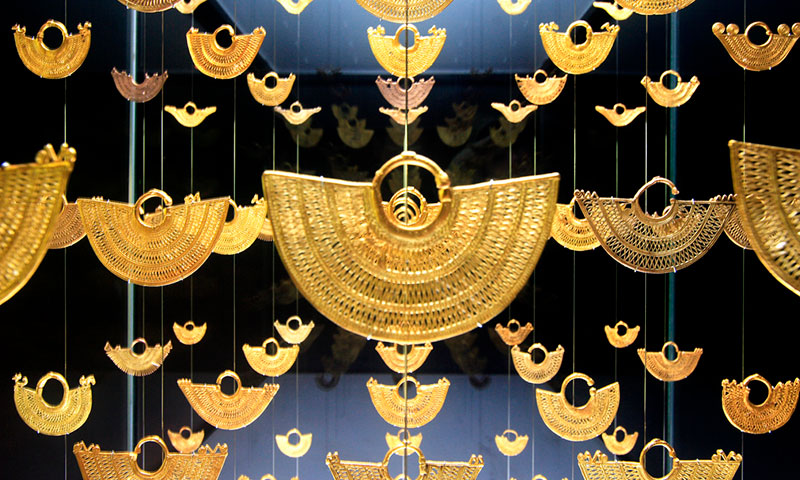 Alongside lovely Plaza Bolívar sits the Cathedral. Notable inside are the huge stations of the cross skillfully carved in stone on either side of the nave, and four saintly statues (of San Pedro, Pablo, Gregorio and Sebastián) that used to decorate the facade but were restored and placed inside near the main door in 2000. 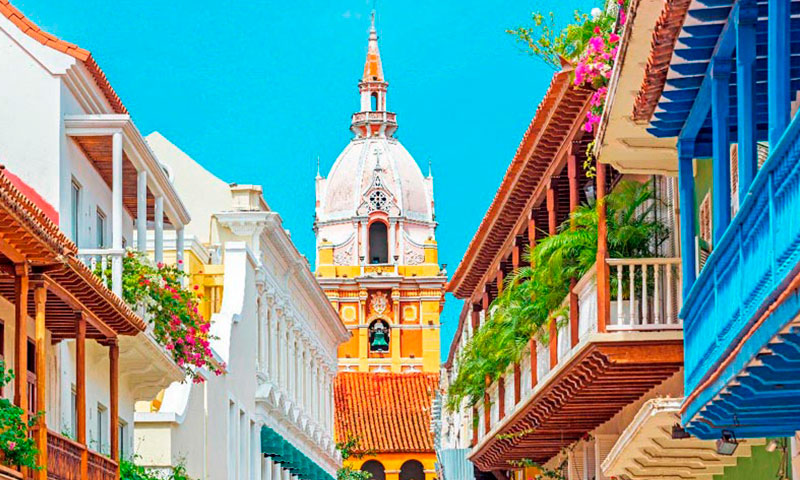 Santo Domingo Square is another of the Walled City’s most iconic squares, but it is also one of the most touristic of the lot: with several pizza restaurants offering outdoor seating in the center of the square, be prepared to say “no thank you” to a lot of street vendors hawking everything from Colombia football shirts to miniature Botero statues.

However, don’t let this put you off paying a visit.

The iconic Botero statue La Gorda Gertrudis lies in the heart of the square, and it´s said that touching her (ample) left breast will grant you good luck, so make sure to try it out when you pass by.

You can also pose for a fun photo with the famous fruit sellers (or palenqueras) who sit on the same square. 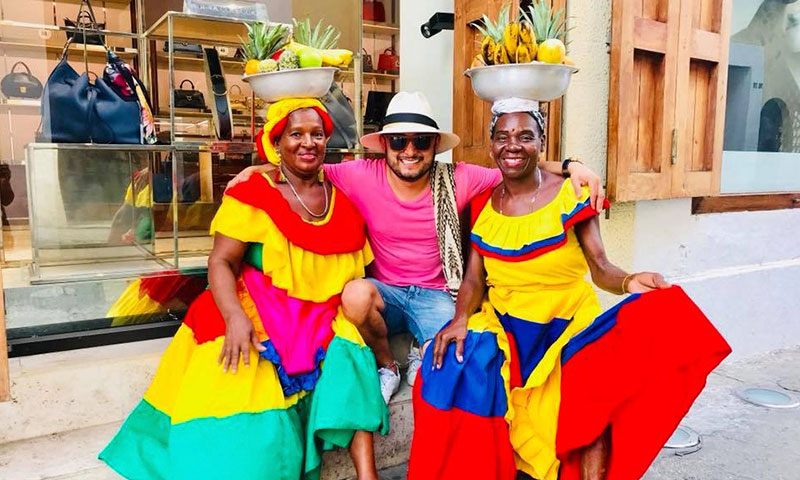 During the day, the trees lining this pretty plaza offer cooling shade from the hot Cartagena sun.

It comes alive at night when people fill the restaurants tables to enjoy the haute cuisine and watch the world go by.

Beneath the walls of Cartagena’s Old Town is the Bovedas market, a lovely little series of souvenir shops built in the old cells of the former Cartagena prison. Each cell contains a small shop selling everything from hammocks to woven bags. The cells are so close to the sea that former prisoners used to be up to their ankles in seawater at high tide! 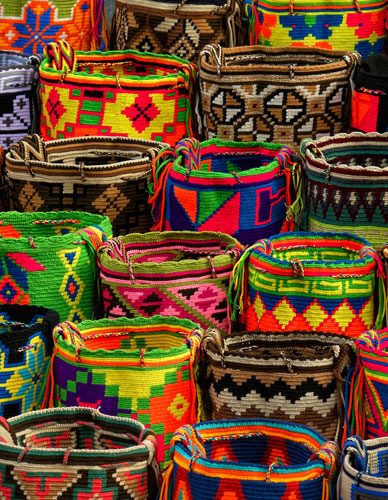 Getsemaní, the outer walled town, although less impressive than Cartagena’s old city, it has some charming parts and is well worth exploring. It boasts excellent bars, restaurants and cafes, as well as some superb street art on its derelict buildings. 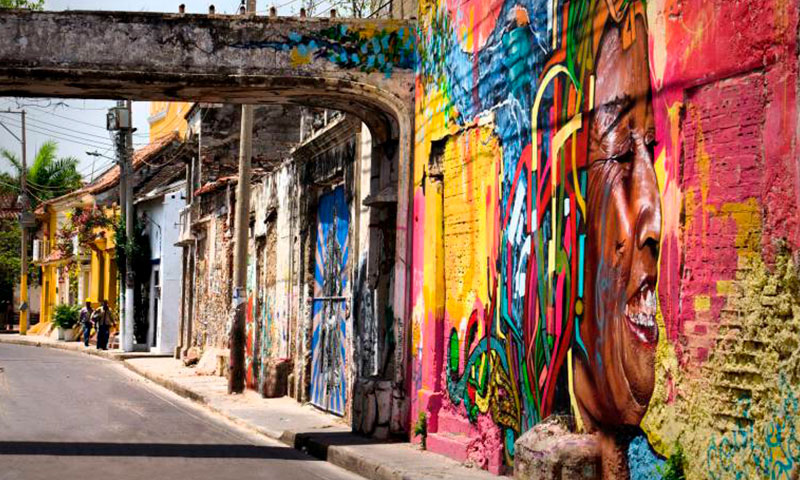 The greatest fortress ever built by the Spaniards in any of their colonies, the Castillo de San Felipe de Barajas still dominates an entire section of Cartagena’s landscape.

It should definitely be the first fortress you visit. 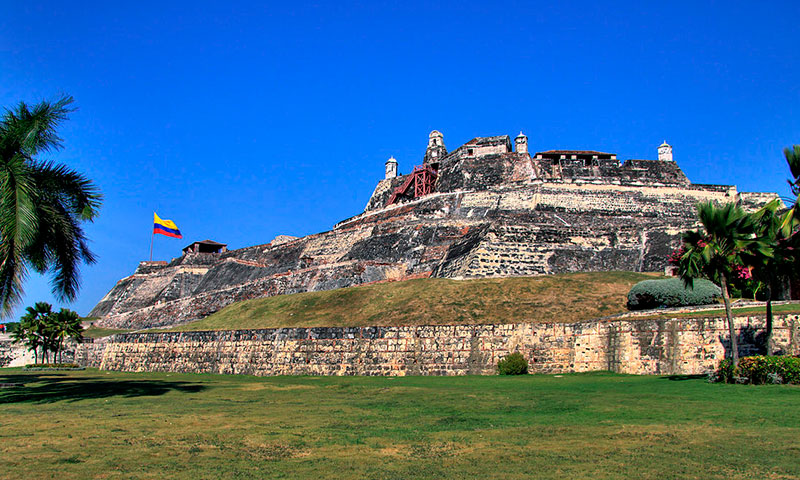 And as a bonus track:

Watching the spectacular sunset over the Caribbean is a must-do activity.

A great option is to enjoy a cocktail at the iconic Café del Mar on the city walls (http://cafedelmarcartagena.com.co/) while the sun goes down.

Category: Visiting a city for the first time
Share